Who are you and what is your current role in your organization?

I’m Giorgi Tukhashvili, I’m co director of Startup Grind Tbilisi Georgia. Startup Grind’s role is to educate, connect, inspire and what we basically do is try to connect Georgian startup ecosystem with the outside startup ecosystems. We’re bringing interesting speakers to share their experience and also share the inspiration story. And the third point is also trying to help make friends and build a community.

What is the mission of your organization?

The mission is to educate, connect, inspire. And basically we’re trying to build the startup community here where we’re focused on the serious people who are on the verge of going to the next level, bringing and bridging the Georgian startup ecosystem to the other more developed startup ecosystems.

What were you doing before taking part of your organization?

Just before I took part in the Startup Grind, I had just quit my start up and had a lot of time in hand. I am still in the day job that I do. I was a co founder and chief operations officer in my own startup before that.

What other projects are you on at the moment?

I’m also in the Youth Entrepreneurship School, Georgia, as a business advisor and mentor. And I’m getting involved in a bunch of different stuff related to startups. Also, I’m trying to do some interviews and show like do some content where I share my experience with the startup ecosystem.

What are your plans for the next year?

Next year when this international accelerator enters Georgia, I wanna be involved in that. But also, we want to expand the Startup Grind where we can bring more people and connect more people from Georgia to the outside. So in Startup Grind we wanna grow to have to kind of tracks: one is like local people talking, and another one is like international people talking, and then have the massive twice as big conference.

And I hope to grow my own startup. and I hope to influence the majority of people’s lives in Georgia by doing my day job, you know, in a different financial way.

What is happening with the startups in Georgia right now?

We have a couple of startups that raised money in Georgia this year, which has been very good. A couple of them who are going and growing internationally and a lot of excitement and a lot of hope is going on for our startups. One of the important things is that, as I said, the international accelerator will enter the Georgian market and that will help jumpstart the Georgian startup ecosystem even better.

What are the advantages of founding a startup in Georgia?

There are a couple of advantages…

I think we’re in number… definitely top 10 for starting your own company. You can do it basically in one day if you’re willing to pay around 70 bucks [dollars], if you are not willing to pay that much money and you want to do it in one business day, that takes around $40, if I’m not mistaken. And amazing food, amazing nature.

So it’s one of those countries where laws are good and the safety, but also it’s like where the living is fun, and it’s a very historic country where the culture and history meets the modern and tech, it’s like it’s a blend, so you basically can find a lot of things for your taste. We have small mountains, we have sea, we have most of the things covered so it’s gonna be a hell of more fun doing stuff than anywhere else in the world.

We’ve also incredible wine, so out of a bunch of 4000 grape varieties, more than 500 are indigenous to Georgia. So a lot of fun, which is guaranteed by some very good wines🍷

What are the challenges that startups in Georgia are facing right now?

There are a couple of challenges…

One of them is that Georgia is still kind of isolated. We have not tried to build bridges with the other ecosystems, so we have to be way more active there.

We don’t have a lot of expertise in growing business internationally, so that’s another big challenge.

Access to finance is like relatively tricky and we don’t have a lot of laws that govern entrepreneurship and startups specifically, so there’s a huge potential there that is almost about to happen but still not there yet.

So I think the next year we’ll see a lot of things happen. And one of the things that is a challenge in Georgia is that there are long term stability problems, so to say.

If you were like a very heavy government-oriented person or company, then if the government changes, you may lose a lot of support all of the sudden, but if you are a private company and you just do your business internationally, then you’re fine.

What would you say to the new generations of entrepreneurs?

Different things and a difficult question, it depends who the next generation is, but probably build connections early and often. Before you even start thinking on doing anything about your startup just have a lot of connections, map out and be very strategic, plan a lot of things. So plan how do you plan to raise money, who do you think should be the good investors… Just don’t go only after a bag of cash, go after smart money. So to be very strategic, be very scraper and just never give up and follow your dreams. So that’s my advice.

What’s your message for the VC’s and private investors about Georgia?

I must say to private investors and VCs:

this is a great time to be in Georgia, to be the first to enter the Georgian market. Because Georgia is not only about the Georgian, but it’s also a regional hub

and the Startup Grind is actively trying to brand Georgia as a regional hub, so it’s like countries from the Eastern Europe through Central Asia, 700 million people market wants to be associated with Georgia and everything that they do. They want to be visible in Georgia, for sure, so being the first to be in Georgia gives a lot of advantages.

This is far more beneficial to you right now than once the people enter this market and overall Georgian market and the regional hub.

How can anyone contribute with the development of the startup ecosystem?

They can be our friends and they can find who they like more and try to help them mentor them, advice them, open the doors for them.

Also trying to bring people to Georgia so that they can see, and working with us like key stakeholders like the Startup Grind. And then there are GITA Innovation and Technology Agency, and others and others, so we are developing in a correct way, so to say.

Giving this different cultural experience because we are very homogeneous people and any inclusion from different cultures will be a huge help in terms like… will enable us to see things in a different perspective. And also, if anybody can bring the knowledge of growing business internationally, that’s like a huge bonus point.

The thing is that the Georgians really care deeply about relationships so they try to be friends instead of just contacts. And they’ll go way and beyond to help you as a friend. You can feel like genuine connections, and you will feel appreciated, you’ll feel treated differently and very amazingly, and in a special way. So just use this opportunity to

come to Georgia, explore this while it’s a hidden gem, and just have fun, chill out and kick ass.

The Startup Scene in Georgia with Nodari Ivanidze from WiFisher

The Airbnb alternative for Georgia with Givi Phirtskhalava from Megzuri

The Airbnb alternative for Georgia with Givi Phirtskhalava from Megzuri

The Startup Scene in Georgia with Nodari Ivanidze from WiFisher

Creating a Job Board with Amil Asokan from Joli 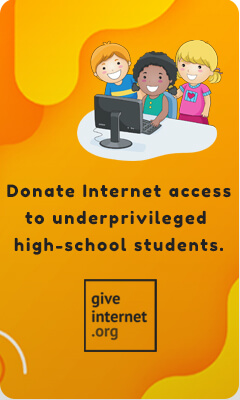